AFGHANISTAN/USA: With the fall of Kabul, Pepe Escobar says it’s becoming clear that financial soft power tactics may be even more deadly than a NATO occupation. 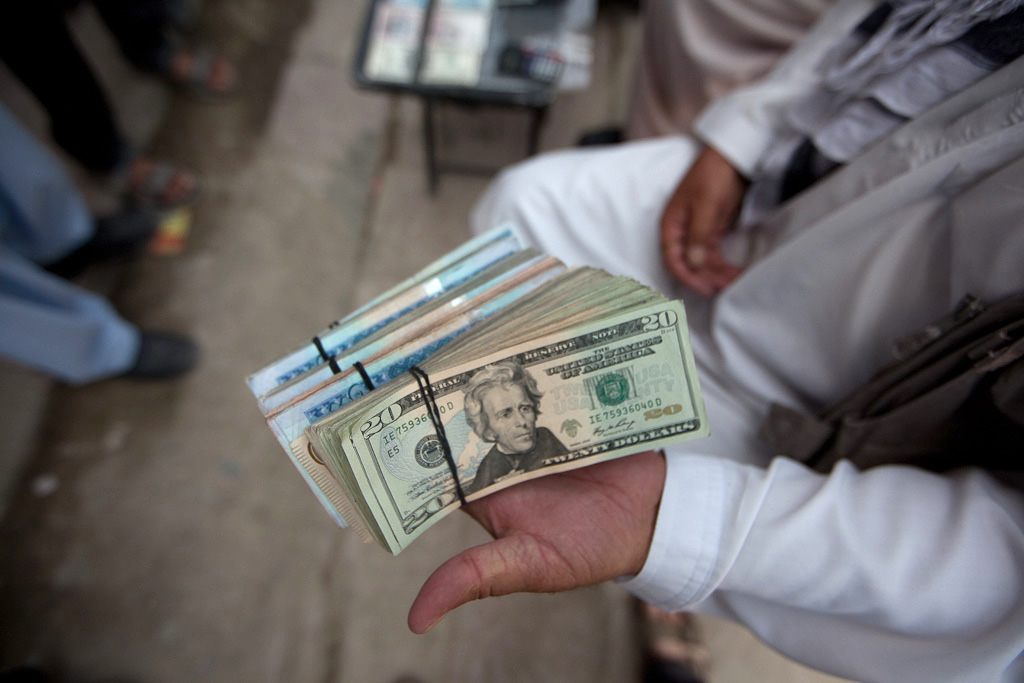 After 20 years and a staggering $2.23 trillion spent in a “forever war” persistently spun as promoting democracy and benefiting the “Afghan people,” it’s legitimate to ask what the Empire of Chaos has to show for it.

The numbers are dire. Afghanistan remains the world’s seventh poorest nation: 47 percent of the population lives below the poverty line, according to the Asian Development Bank. No less than 75 percent of the — dissolved — Kabul government’s budget was coming from international aid. According to the World Bank, that aid was responsible for the turnover of 43 percent of the economy — one that was mired in massive government corruption.

According to the terms of the Washington-Taliban agreement signed in Doha in February 2020, the U.S. should continue to fund Afghanistan during and after its withdrawal.

Now, with the Fall of Kabul and the imminent return of the Islamic Emirate of Afghanistan, it’s becoming clear that applying financial soft power tactics may be even more deadly than a mere NATO occupation.

Washington has frozen $9.5 billion in Afghan Central Bank reserves and the International Monetary Fund has canceled its lending to Afghanistan, including $460 million that’s part of a Covid-19 relief program.

These dollars pay for government salaries and imports. Their absence will lead to the “Afghan people” hurting even more, a direct consequence of inevitable currency depreciation, rising food prices and inflation.

A corollary to this economic tragedy is a classic “take the money and run” caper: Former President Ashraf Ghani fled the country after allegedly packing four cars with $169 million in cash, and leaving $5 million on the tarmac of Kabul airport.

That’s according to two witnesses: one of his own bodyguards and the Afghan ambassador in Tajikistan; Ghani has denied the looting allegations.

Ghani’s plane was denied landing in Tajikistan and also Uzbekistan, proceeding to Oman until Ghani was welcomed in the UAE — very close to Dubai, a global Mecca of smuggling, money laundering and racketeering.

The Taliban have already stated that a new government and a new political and economic framework will be announced only after NATO troops are definitively out of the country next month.

The complex negotiations to form an “inclusive” government, as repeatedly promised by Taliban spokesmen, are de facto led on the non-Taliban side by two members of a council of three: former President Hamid Karzai and Ghani’s eternal rival, the leader of the High Council for National Reconciliation, Abdullah Abdullah. The third member, acting in the shadows, is warlord-turned-politician and two-time prime minister Gulbuddin Hekmatyar.

Karzai and Abdullah, both vastly experienced, are regarded by the Americans as “acceptable,” so that may go a long way in terms of facilitating future, official Western recognition of the Islamic Emirate of Afghanistan and restored multilateral institution funding.

Yet there are myriad problems including the very active role of Khalil Haqqani, who leads the Taliban Peace Council Commission while on a “terror watch list” and under UN sanctions. Not only is Haqqani in charge of Kabul’s security; he’s also side by side with Karzai and Abdullah in the discussions to form an inclusive government.

What Makes the Taliban Run

The Taliban have been operating outside of the Western banking system for two decades now. The bulk of their income comes from transit tax on trade routes (for instance, from Iran) and fuel levies. Profits from opium and heroin exports (domestic consumption not permitted) reportedly account for less than 10 percent of their income.

In countless villages across the deep Afghan countryside, the economy revolves around petty cash transactions and barter.

I received a copy of a high-level Pakistani academia-intelligence paper examining the challenges facing the new Afghan government.

The paper notes that “the standard route of development to be followed will be very pro-people. Taliban’s Islam is socialist. It has an aversion towards wealth being accumulated in fewer hands” — and, crucially, also an aversion to usury.

On the initial steps towards development projects, the paper expects them to come from Russian, Chinese, Turkish, Iranian and Pakistani companies — as well as a few government sectors. The Islamic Emirate “expects infrastructure development packages” at costs that are “affordable by the country’s existing GDP.”

Afghanistan’s nominal GDP in 2020 was $19.8 billion, according to World Bank figures.

New aid and investment packages are expected to come from some Shanghai Cooperation Organization member nations (Russia, China, Pakistan) or SCO observers (Turkey and currently Iran – scheduled to become a full member at the SCO summit next month in Tajikistan). Inbuilt is the notion that Western recognition will be a Sisyphean task.

The paper admits that the Taliban have not had time to evaluate how the economy will be the key vector deciding Afghanistan’s future independence.

But this passage of the paper may hold the key:

“In their consultations with the Chinese, they were advised to go slow and not rock the boat of the Western world system by talking too soon about state control of capitalism, interest-free economy, and de-linking from the IMF-based financial system. However, since the West has pulled back all the money from the Afghan exchequer, Afghanistan is likely to apply for short-term aid packages against their resource base.”

IMF-NATO as Brothers in Arms

I asked Michael Hudson, an economics professor at the University of Missouri Kansas City and Peking University, how he would recommend the new government to act. He answered, “For one thing, embarrass the hell out of the IMF for acting as an arm of NATO.”

Hudson referred to a Wall Street Journal article written by a former IMF advisor now with the Atlantic Council as saying that “now, since recognition is frozen, banks all over the world will hesitate to do business with Kabul. This move provides the U.S. with leverage to negotiate with the Taliban.”

So, this may be going the Venezuela way – with the IMF not “recognizing” a new government for months and even years. And on the seizure of Afghan gold by the New York Fed – actually a collection of private banks – we see echoes of the looting of Libya’s and seizure of Venezuela’s gold.

Hudson sees all of the above as “an abuse of the international monetary system – which is supposed to be a public utility — as an arm of NATO run by the U.S. IMF behavior, especially regarding the new drawing rights, should be presented as a litmus test” for the viability of a Taliban-led Afghanistan.

Hudson is now working on a book about the collapse of antiquity. His research led him to find Cicero, in In Favor of the Manilian Law (Pro Lege Manilia), writing about Pompeus’ military campaign in Asia and its effects on the provinces in a passage that perfectly applies to the “forever war” in Afghanistan:

“Words cannot express, gentlemen, how bitterly hated we are among foreign nations because of the wanton and outrageous conduct of the men whom in recent years we have sent to govern them. For, in those countries, what temple do you suppose had been held sacred by our officers, what state inviolable, what home sufficiently guarded by its closed doors? Why, they look about for rich and flourishing cities that they may find an occasion for a war against them to satisfy their lust for plunder.”

Switching from the classics to a more pedestrian level, WikiLeaks has been replaying a sort of Afghanistan Greatest Hits, reminding public opinion, for instance, that as far back as 2008 there was already “no pre-defined end date” for the “forever war.”

Yet the most concise assessment may have come from Julian Assange himself:

“The goal is to use Afghanistan to wash money out of the tax bases of the U.S. and Europe through Afghanistan and back into the hands of a transnational security elite. The goal is an endless war, not a successful war.”

The “forever war” may have been a disaster for the bombed, invaded and impoverished “Afghan people,” but it was an unmitigated success for what Ray McGovern so memorably defines as the MICIMATT (Military-Industrial-Counter-Intelligence-Media-Academia-Think Tank) complex. Anyone who bought stocks of Lockheed Martin, Northrop Grumman, Raytheon and the rest of that crowd made —literally — a killing.

Facts are indeed dire. Barack Obama – who presided over a hefty Afghan “kill list” – throws a birthday party and invites the woke nouveaux riches. Julian Assange suffers psychological torture imprisoned in Belmarsh. And Ashraf Ghani mulls how to spend $169 million in the Dubai rackets, funds some say were duly stolen from the “Afghan people.”