MICHAEL OSTERHOLM: The Man at the Center of OPERATION COVID-19

Who is Big Pharma’s secret mover and shaker behind the Covid Super Vaccination Agenda?

As CIDRAP Director, His Resume Tells It All

Michael Osterholm is the current Director of CIDRAP (Center for Infectious Disease and Research Policy) which was established in 2001 and is a Regents Professor at the University of Minnesota. He is also the McKnight Presidential Endowed Chair in Public Health, Teaching Professor with the Division of Environmental Health Services, Professor in Technological Leadership Institute College of Science and Engineering, as well as occupies many other key accredited positions.

Mike Osterholm is also an advisor to the CDC, WHO, NIH, FDA, DOD.  He has advised various Presidents and foreign leaders such as the late King Hussein of Jordan.  He was appointed to the National Science Advisory Board on Biosecurity by Michael Leavitt, Secretary of HHS in 2005.

In October 2008, Osterholm was appointed to the World Economic Forum working group on Pandemics. From 2001-2005, Osterholm was the ‘special advisor’ to Tommy Thompson, and in 2002 was appointed by Thompson to be his representative on the interim management team to lead the CDC. After Julie Gherberding was appointed director of CDC in 2002, Osterholm assisted in her transition, which was completed in January of 2003. He was the principal investigator and Director of the NIH-supported Minnesota Center of Excellence for Influenza Research and Surveillance from 2007-2014.

Osterholm has written many books and published many papers in JAMA, Lancet and others influential medical journals.  For example: The Compelling Need for Game- Changing Influenza Vaccines by Michael T. Osterholm, PhD, MPH.

Osterholm has been the International leader on biological agents targeting civilian populations.  He’s the past president of CSTE (the agency responsible for the surveillance of this pandemic for the CDC).  He’s also a member of ASM, IOM, IDSA, ASP, CEIRS, CLF, IVR, PPAC, COBRA, UNCOVER, VEIDOH.

How does someone with these accreditations, history, knowledge, experience go unnoticed? How is Michael Ostetholm not in charge of pandemics, but they put fall guy Tony Fauci out front?

Michael Osterholm has been involved in more simulation and table top trainings than Dr.  Fauci and Bill Gates combined. Everything from Atlantic Storm, to Spars 2025-2028, and everything in between.

The WHO did their first scenario with Osterholm’s help called “Disease X”; we’re still in it! Mike Pompeo came out in the beginning and said this was a live simulation and hardly anyone even noticed.

Now we have graphene showing up in the injections.  Mike Osterholm just happened to start a business as a partner — using taxpayer funding — called Grip Molecular, which just happens to make graphene products. https://www.gripmolecular.com/news/

Mike Osterholm was the first one to receive the call about a “pandemic”.  He was also instrumental in the pushing out the highly defective PCR test.  How convenient for a lifelong Big Pharma vaccine representative who relentlessly pushes the Covid vax from behind the curtain.

Osterholm ordered synthetic RNA from IDT in Iowa. They specialize in synthetic genes. They are also the only company used by CDC for primers and probes. There’s only a certain group of labs that could process the tests, and they all get the reagents needed from the same companies. There has never been an isolated and purified virus; everything has been synthetic.  On the CDC website, it states that no laboratory should try to isolate and purify the virus.

It should also be pointed out that Bill Gates has been much more than interested in Chromosome 8, which is the gene found in every human being, that is also the synthetic gene in the primer supplied by IDT.

Truly, Minnesota is ground zero for many things throughout the COVID-19 Plandemic.  How do you spell: MAYO CLINIC?!?!?!

Lastly, it should also be pointed out that Michael Osterholm is a Freemason, and sits on the board of the Council of Foreign Relations.  That’s a nice way to wrap up a picture-perfect résumé for a member of the NWO globalist cabal carrying out the GREAT RESET.  The GREAT RESET, of course, is directly related to the aggressive prosecution of the never-ending “War on Killer Germs”. 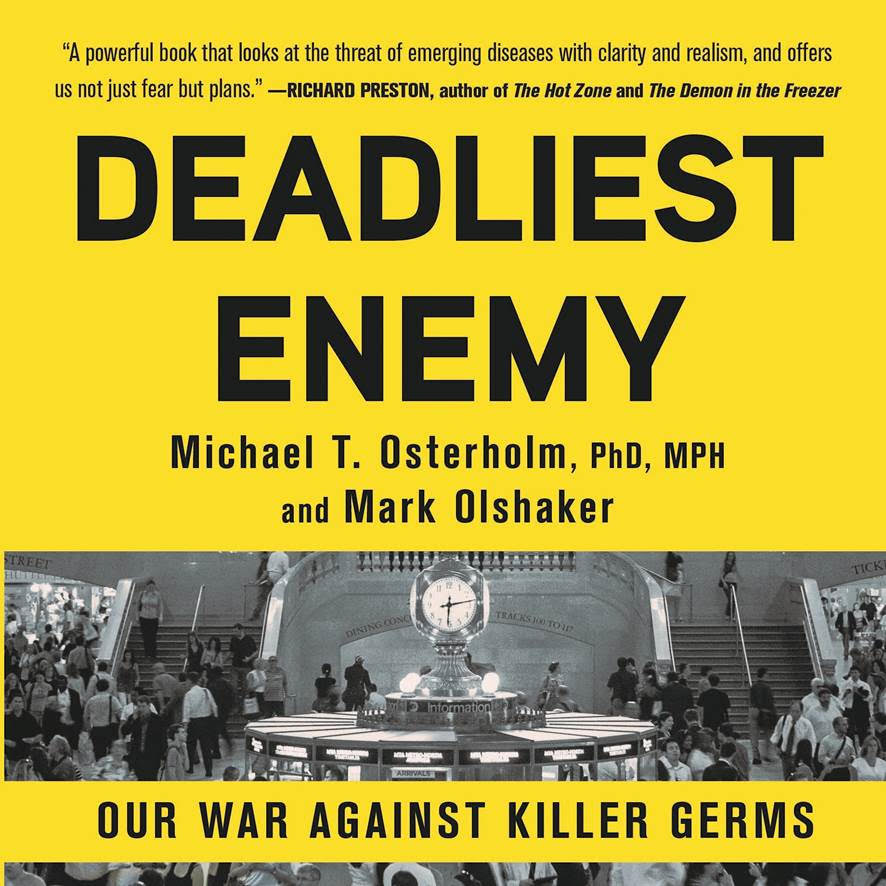 Free Blood Clots With Every ‘Vaccine’