WHEN RICH AND POWERFUL MAD MEN RUN THE WORLD…

…THERE CAN BE ONLY ONE OUTCOME

What else would anyone expect when the world’s 2755+ billionaires, most of whom have virtually no conscience, possess so much power and influence in this world of mortals?

Just take a close look at the awesome societal damage and destruction to the entire planetary civilization that one corrupt billionaire like George Soros has wrought over his catastrophic lifetime!

Then consider the many continental genocides that Bill Gates has so diligently carried out.

KEY POINT: Multiculturalism Frontmen like George Soros and Vaccine Pitchmen like Bill Gates possess very little power in and of themselves; rather, they are but mere slaves to the real power that is hidden behind the following institutional heavyweights and secret societies.

(Source: Who’s really behind THE GREAT SCAMDEMIC?
Really, who isn’t?!)

Never in human history have so many individuals possessed so much wealth which empowers them to foist their warped visions upon the world community of nations.

Even more significantly, never have so many rich and powerful people been able to execute so many crime sprees around the globe with absolute impunity.

Herein lies the real problem for the current race of humanity.

The 1% only got to be the wealthiest among us by their willingness to rape, pillage and plunder whatever was vulnerable to their avarice and rapaciousness.

These billionaires are quite willing to murder and steal, con and cheat, defraud and dupe all of humankind to get their way; and especially to get their ungodly sums of money.

This has never happened before!

Regardless of their actions and their words, nearly every one of these super criminals was permitted to acquire their ill-gotten gains through their unswerving commitment to the New World Order globalist agenda.  And, any billionaire or powerbroker who attempts to leave that reservation of NWO political correctness will suffer grave consequences if not an early death.

In light of this stark reality, there is a ray of hope.

This whole monopoly game has been quite cleverly set up to see each of them lose their properties (and other assets) when the rules start to change.

Up until now, the power elite have diligently played the game according to the old paradigm…and they have been exorbitantly enriched as they expected to be.

However, there is a mass awakening occurring at warp speed at this very moment.

In point of fact, their OPERATION COVID-19 and Covid Super Vaccination Agenda have greatly accelerated this unprecedented global awakening.

As this awareness-raising and consciousness-expanding continues unabated worldwide, the unenlightened elites will soon be operating in a vacuum— a HUGE power vacuum.

As the many disparate and competing factions which comprise the power elite are going in their respective directions as the GREAT RESET is implemented, they will tear each other apart in ways never seen in world history.  Greed has a funny way of making arch enemies out of folks who were once with the same kleptocratic game plan.

As each faction within the New World Order cabal gets closer to wielding such absolute power, they will naturally take each other out however they can—no holds barred.  For every globalist player in this final game knows in their bones that there can be only one supreme leader standing at the end.  Everyone else will be subordinated to that Big Enchilada. 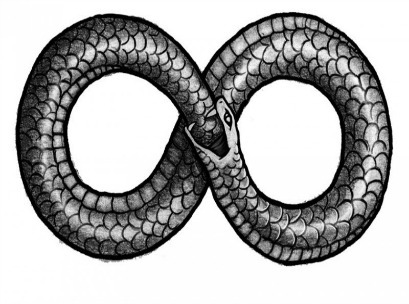 Once this rapidly intensifying state of affairs reaches a breaking point, what all of humanity will be witnessing is the snake of predatory capitalism eating its own head.  That’s because the wealthiest and most powerful elites will do whatever is necessary to guarantee their ascendancy at the peak of the pinnacle of the world power pyramid.

There’s a very specific goal that each and every one of these NWO globalist mad men fanatically aspires to.  Because of their inordinate zeal in this regard, all of them want this unachievable goal reached much sooner than later.  This particular purpose is actually the primary driving force behind all the unparalleled craziness breaking out in the open today.  ALL OF IT!

KEY POINT: Just why are these globalist mad men so crazy at this critical juncture in human history? See: Why does the World Shadow Government destroy its own home (planet)?

It’s totally true: The main objective of so much cutting-edge scientific research and technologically advancing endeavors in the fields of AI, robotics, biotechnology, etc. is only known by a privileged few—the chosen power elite.

That extraordinarily blind ambition is nothing less than
the impossible attainment of “Human Immortality”.

Yes, the frenzied pursuit of human immortality by The Powers That Be is the main driver of all the unprecedented chaos and confusion throughout the world today.

Let that sink in … and then understand that this is what the dark side always does.

While the humble righteous among us fervently pursue spiritual immortality, the arrogant unrighteous chase after the pipe dream of human immortality.

And, these two parallel tracks are getting ready to intersect in what can best be described as the last battle of the final war between the forces of light and the forces of darkness.

Therefore, it’s never been so urgent to get right with God, with your Higher Self and with your loved ones.  Because when things start to crescendo here on Earth, there will be very little time or space since so many will find themselves in survival mode.

Do you get it, Truth Seekers and Honorable Patriots?

The “Shift of the Ages” is upon US as never before, and everyone needs to gird their loins.

How exactly can we do that?

The first thing anyone can do is both read and quickly put into practice the great wisdom imparted in this link: “Shift of the Ages”.

Fauci: "There Are Now Two Americas, The Vaccinated & The Unvaccinated"