What’s Not Being Said About the Pfizer Coronavirus Vaccine. “Human Guinea Pigs”?

Important article by F. William Engdahl first published on December 25, 2020 at the very outset of the Covid “vaccine” project

Bill Gates is actively financing and promoting new untested vaccines supposed to keep us at least somewhat safe from a ‘ghastly” death from the novel coronavirus and supposedly allow us to resume somewhat “normal” lives. The Pharma giant Pfizer has now announced what they claim were spectacular results in initial human tests. They use an experimental technology known as gene editing, specifically mRNA gene-editing, something never before used in vaccines. Before we rush to get jabbed in hopes of some immunity, we should know more about the radical experimental technology and its lack of precision. 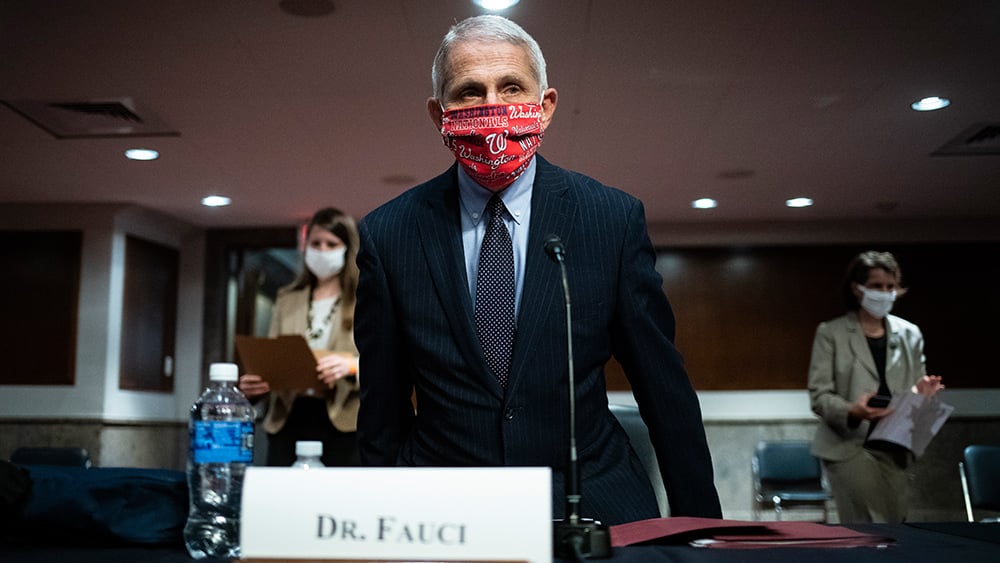 The financial world went ballistic on November 9 when the pharma giant Pfizer and its German partner, BioNTech, announced in a company press release that it had developed a vaccine for Covid19 that was “90%” effective.

The controversial US head of NIAID, Tony Fauci (right) rushed to greet the news and the EU announced it had purchased 300 million doses of the costly new vaccine. If you believe financial markets, the pandemic is all but past history.

However it seems Albert Bourla, the CEO of Pfizer, doesn’t share the confidence of his own claims. On the day his company issued its press release on the proposed vaccine trials, he sold 62% of his stock in Pfizer, making millions profit in the deal. He made the sell order in a special option in August so it would not appear as “insider selling”, however he also timed it just after the US elections and the mainstream media illegitimately declared Joe Biden President-elect. It seems from appearances that Bourla had a pretty clear conflict of interest in the timing of his press release on the same day.

Bourla lied and denied to the Press that his company had received any funds from the Trump Administration to develop the vaccine when it came out they contracted in summer to deliver 100 million doses to the US Government. Further adding to the suspect actions of Pfizer was the fact the company first informed the team of Joe biden rather than the relevant US government agencies.

But this is far from the only thing alarming about the much-hyped Pfizer announcement.

Pfizer, famous for its Viagra and other drugs, has partnered with a small Mainz, Germany company, BioNTech, which has developed the radical mRNA technique used to produce the new corona vaccine. BioNTech was only founded in 2008. BioNTech signed an agreement with the Bill & Melinda Gates Foundation in September, 2019, just before announcement in Wuhan China of the Novel Coronavirus and just before BioNTech made its stock market debut. The agreement involved cooperation on developing new mRNA techniques to treat cancer and HIV. Curiously that press release, “The Gates Foundation sees BioNTech potential to ‘dramatically reduce global HIV and tuberculosis’” 05. September 2019, has now been deleted.

BioNTech also has an agreement with one of the largest drug producers in China, Shanghai Fosun Pharmaceutical Co., Ltd (“Fosun Pharma”) to develop a version of its mRNA vaccine for novel coronavirus for the Chinese market. Ai-Min Hui, President of Global R&D of Fosun Pharma said in an August statement, “Dosing the first Chinese subject with BNT162b1 marks a milestone of the global co-development program in China. We are closely working with BioNTech and regulatory authorities to evaluate the safety and efficacy of BNT162b1 and other mRNA vaccine candidates…”

This means that the same German biotech company is behind the covid vaccines being rushed out in China as well as the USA and EU. The vaccine is being rushed through to eventual approval in an alarmingly short time.

Both US and EU authorities and presumably also Chinese, waived the standard animal tests using ferrets or mice and have gone straight to human “guinea pigs.” Human tests began in late July and early August. Three months is unheard of for testing a new vaccine. Several years is the norm. Because of the degree of global panic engendered by WHO over the coronavirus, caution is thrown to the wind. Vaccine makers all have legal indemnity, meaning they can’t be sued if people die or are maimed from the new vaccine. But the most alarming fact about the new Pfizer-BioNTech gene edited vaccine is that the gene edited mRNA for human vaccine application has never before been approved. Notably, two year peer reviewed tests with mice fed genetically modified corn sprayed with Monsanto glyphosate-rich Roundup first showed cancer tumors after nine months as well as liver and other organ damage. Earlier Monsanto company tests ended at three months and claimed no harm. A similar situation exists with the gene edited mRNA vaccines that are being rushed out after less than 90 days human tests.

Dr. Michael Yeadon replied in a recent public social media comment to a colleague in the UK;  “All vaccines against the SARS-COV-2 virus are by definition novel. No candidate vaccine has been… in development for more than a few months.” Yeadon then went on to declare,

“If any such vaccine is approved for use under any circumstances that are not EXPLICITLY experimental, I believe that recipients are being misled to a criminal extent. This is because there are precisely zero human volunteers for…whom there could possibly be more than a few months past-dose safety information.”

Yeadon is well qualified to make the critique. As he notes in the comment, “I have a degree in Biochemistry & Toxicology & a research based PhD in pharmacology. I have spent 32 years working in pharmaceutical R&D, mostly in new medicines for disorders of lung & skin. I was a VP at Pfizer & CEO…. of a biotech I founded (Ziarco – acquired by Novartis). I’m knowledgeable about new medicine R&D.” He was formerly with Pfizer at a very senior level.

The Pfizer-BioNTech vaccine is experimental and far from guaranteed safe, despite the fact that Pfizer, the EU and the notorious Dr Tony Fauci seem ready to roll it out even before year end to hundreds of millions of humans.

The experimental technology is based on a rather new gene manipulation known as gene editing. In a major article in the 2018 New York Council on Foreign Relations magazine, Foreign Affairs, Bill Gates effusively promoted the novel gene editing CRISPR technology as being able to “transform global development.” He noted that his Gates Foundation had been financing gene editing developments for vaccines and other applications for a decade.

But is the technology for breaking and splicing of human genes so absolutely safe that it is worth risking on a novel experimental vaccine never before used on humans? Contrary to what Bill Gates claims, the scientific answer is no, it is not proven so safe.

In a peer reviewed article in the October, 2020 journal Trends in Genetics, the authors conclude that “the range of possible molecular events resulting from genome editing has been underestimated and the technology remains unpredictable on, and away from, the target locus.”

Dr. Romeo Quijano, retired professor of Pharmacology and Toxicology at the College of Medicine, University of the Philippines Manila, noted some of the dangers of the experimental gene editing when applied to human vaccines. Quijano warns of,

“the danger that the vaccine might actually “enhance” the pathogenicity of the virus, or make it more aggressive possibly due to antibody-dependent enhancement (ADE), as what happened with previous studies on test vaccines in animals. If that should happen in a major human trial the outcome could be disastrous. This serious adverse effect may not even be detected by a clinical trial especially in highly biased clinical trials laden with conflicts of interest involving vaccine companies. Even when a serious adverse event is detected, this is usually swept under the rug.”

He cites the case of another Gates mRNA vaccine candidate, Moderna, where “three of the 15 human experimental subjects in the high dose group suffered serious and medically significant symptoms. Moderna, however, concluded that the vaccine was “generally safe and well tolerated,” which the corporate-dominated media dutifully reported, covering-up the real danger…”

“Exogenous mRNA is inherently immune-stimulatory, and this feature of mRNA could be beneficial or detrimental. It may provide adjuvant activity and it may inhibit antigen expression and negatively affect the immune response. The paradoxical effects of innate immune sensing on different formats of mRNA vaccines are incompletely understood.” Quijano adds, “A mRNA-based vaccine could also induce potent type I interferon responses, which have been associated not only with inflammation but also potentially with autoimmunity… and may promote blood coagulation and pathological thrombus formation.”

“among other dangers, the virus-vectored vaccines could undergo recombination with naturally occurring viruses and produce hybrid viruses that could have undesirable properties affecting transmission or virulence. The…possible outcomes of recombination are practically impossible to quantify accurately given existing tools and knowledge. The risks, however, are real, as exemplified by the emergence of mutant types of viruses, enhanced pathogenicity and unexpected serious adverse events (including death) following haphazard mass vaccination campaigns and previous failed attempts to develop chimeric vaccines using genetic engineering technology.” 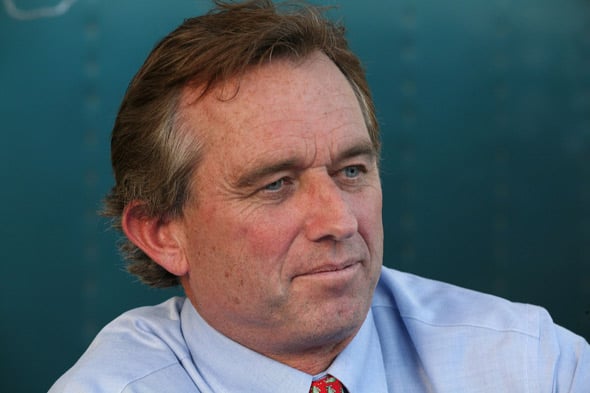 Bill Gates, the mRNA vaccine makers including Pfizer/BioNTech and Moderna, and their close allies such as Dr. Tony Fauci of the NIAID are clearly playing fast and loose with human lives in their rush to get these experimental vaccines into our bodies. Notably, the same Dr. Fauci and his NIAID owns the patent on a vaccine for dengue fever known as Dengvaxia, marketed by Sanofi-Pasteur and promoted as an “essential” vaccine by Tedros’ WHO since 2016. Robert F. Kennedy Jr. (right) noted that Fauci and NIAID “knew from the clinical trials that there was a problem with paradoxical immune response,” but they gave it to several hundred thousand Filipino kids anyway. It was estimated that as many as 600 vaccinated children died before the government stopped the vaccinations.

Clearly the well-established Precautionary Principle–if in serious doubt, don’t– is being ignored by Fauci, Pfizer/BioNTech and others in rushing to approve the new mRNA vaccine for coronavirus. Messenger RNA technology has yet to produce an approved medicine, let alone a vaccine.

The World Bank Has Created $1 Billion Fund For Vaccine Passports

Who Is Running Our Country? Biden’s 60 Minutes Fail Puts Mainstream Media Into A Tailspin (VIDEO 10 min)

JUDGEMENT DAY: Nothing Can Stop What is Coming! (VIDEO 15 min)

The Truth About PayPal (VIDEO 4 min)

“Lets Not Put A Gloss On It. This Is Medical Murder” – Dr Mike Yeadon Talks To Right Now (VIDEO 35 min)

‘Mad Max’ Is Coming – Bill Holter Warns Of ‘Dark Times Ahead, Even For The Prepared’

Antichrist | Anti-Christ-Anti-Human-Anti-Money-Anti-Meat-Anti-Nationalist-Law-Changing-Agenda!!! + What Yuval Noah Harari Book Does Emmanuel Macron Have In His Hands? (VIDEO 109 min)

Doctors discover Graphene is being transmitted from the COVID Vaccinated to the Unvaccinated, destroying Blood Cells & causing Blood Clots