We Will Not Comply: Red States Should Offer Sanctuary To Businesses, Military And Medical Personnel

USA: EDITOR’S NOTE: We are all human beings and we can all band together and create our own free societies away from anyone seeking to enslave us. Government is slavery, and pandering to a different master makes you no less a slave. We should be joining together as fellow human beings and living freely.  That’s what the ruling classes of the globe fear the most. The only solution is to start governing ourselves and stop letting others, anyone have any power over us for any reason. But it’s hard to imagine the masters will simply allow us, slaves, to go free… 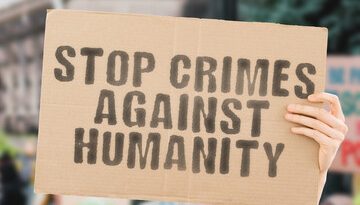 All it takes is one free place to change the dynamic between the public and an authoritarian regime. Just one.

This week has been an extremely busy news cycle and there is a lot to cover, so along with my normal weekly analysis on one major topic, I am going to start writing shorter synopsis articles on developing news items happening in real-time. I think everyone has noticed a marked and aggressive shift in the vaccine passport agenda being railroaded into existence by the Biden Administration and governments around the world. Remember when they all said that they were never going to demand forced vaccinations and that the passports were a “conspiracy theory”? Well, guess what? We “conspiracy theorists” were right yet again.

It used to be that we would predict a particular agenda or event and it would take a couple of years to unfold. These days we make predictions and all it takes is a few weeks or a few months for them to happen. This suggests to me that the establishment and the globalists are on a specific timeline and that for whatever reason they MUST get 100% vaccination and the passports in place soon. I believe we have less than a year left before we see them attempt full bore medical tyranny in the US on a scale similar to what is happening right now in Australia, or perhaps worse.

I continue to suspect that the reason for this sudden dive into totalitarianism is because there is something wrong with the vaccines themselves and if there are tens of millions or hundreds of millions of unvaccinated people left, then these people will act as a control group. That is to say, they will act as proof that the vaccines are not safe if things go awry. The establishment can’t allow that.

As I have noted in past articles, the average vaccine is tested for 10-15 YEARS before it is released for use on human beings. This is to ensure that there are no damaging health side effects that might not become visible until months or years after the initial jab. A particular danger is the development of autoimmune disorders and infertility associated with mRNA and spike protein technology. These debilitating ailments might not be noticed for a couple of years after a population has been given the experimental vax. It has already been about a year since the covid vaccines were introduced by emergency authorization, so time is running short for the globalists.

The bottom line is, there has been ZERO long-term testing of the covid mRNA vaccines. At least none that has ever been revealed to the public. There is NO SCIENTIFIC EVIDENCE that the covid vaccines are safe in the long term, they were developed and released within months of the covid outbreak. Yet, the establishment seems hell-bent on forcing 100% of people to take these untested vaccines against their better judgment. It has been almost a century since we last saw government tyranny on this level, but this time it is almost all governments around the world acting in unison to implement mass controls on the public, instead of just a handful of nations.

The Biden Administration and its corporate partners are now implementing a blitzkrieg against the American citizenry. Biden’s vaccine executive orders are creating a culture of “paper’s please” fascism among larger businesses and Big Box retailers. He has recently announced that part of the mandates will include fines against businesses that refuse to enforce proof of vaccination on their employees. These fines will range from $70,000 to $700,000, which could destroy a medium-sized company if they actually had to pay.

Medical personnel, primarily in leftist blue states, are now being fired from their positions because they have refused to comply with the vax. This is leaving massive gaps in medical response in places like New York. The unelected governor of New York, Kathy Hochul, claims she has the right to give herself dictatorial powers through executive order, and that these powers include deploying National Guard troops to take over medical duties. If you are familiar with the sordid history of VA hospitals, then you know that you do not want around 90% of military doctors operating on you in any capacity.

Hochul is also raising eyebrows with a recent speech to a church audience in Brooklyn where she claimed that all the “smart people” have taken the vaccines and that the covid jabs are a “gift from God.” Her assertion was that if you defy the vaccine mandates, then you are ignoring God.

This sounds rather familiar. Authoritarians often have a habit of declaring divine providence to justify their oppressive actions. Even Hitler did this, at least initially, holding state-sponsored Passion plays and asserting that the Third Reich was the hand of God, until after they had secured an empire and then Hitler attacked Christianity. These types of people tend to use religion as a tool to get what they want and then they dump it in the gutter when they are finished with it.

Keep in mind that none of these mandates are actual “laws”. None of them have been voted on by a legislature or the American people. They are color of law violations of the Constitution and the Bill of Rights and should be defied at every opportunity.

And let’s not forget about Biden’s latest actions which seek to punish US troops that refuse the vaccines with dishonorable discharge. I’m not sure if Biden knows that a dishonorable discharge generally requires a trial by court-martial in the military, or maybe this is what he actually wants for every single person that will not take the vax. In any case, the goal here is to terrify military members into submission and into accepting illegal orders. And yes, demanding that a soldier act as a lab rat for an experimental vaccine with no long-term data to prove its safety is an illegal order.

It’s hard to say yet what the real stats are, but recent polling suggests that at least 30% of the US military plans to refuse the vaccinations, including many members of special operations units.

All of this over a virus with a tiny median death rate of 0.26%? Just to force people to take a vaccine that has been proven completely ineffective in countries like Israel where vaccination rates are high? When over 60% of people hospitalized with covid are fully vaccinated, then what is the point of the vaccines? It makes no sense unless the purpose was always tyranny and not public safety. So, where does this leave us?

There are larger-scale solutions to this problem, there are peaceful short-term solutions, and there are more violent long-term solutions. I will be discussing the violent options in my next article, but for now, I think the best path forward is for red states and maybe even red counties is to offer safe haven or “asylum” to people who are under attack from these mandates.

Red states could, hypothetically, give financial protection to businesses that refuse to comply with federal mandates and refuse to pay the fines. If thousands or tens of thousands of companies simply ignore the passports and the fines, what is Biden going to do about it? Well, he would have to send people from a federal agency, maybe the IRS, to collect by force. If states and communities stand in their way then there is nothing Biden can do to hurt businesses that believe in freedom.

There is supposedly a shortage of experienced medical staff across the country right now, yet states like New York are firing up to one-third of their hospital workforce. Why not take advantage of their stupidity and offer these trained professionals jobs in red states or red counties? If these people know they have a safe place to go, then this might help give them the courage to continue their resistance.

Finally, I think it’s a no-brainer that red states should offer help for military personnel that are facing discharge for vax refusal. A fight is coming, make no mistake, and free states need as many trained combat veterans on our side as we can get. Being dishonorably discharged makes future employment difficult in many career fields, and we can help these men and women to live normal lives if they make a stand. States like Kansas are already taking steps to make this happen.

Conservative states and communities are going to have to step in, take risks, and draw a line in the sand right here and now. We can stop this nightmare from gaining any further ground, but we have to act. I and many others are willing to help defend any business or any person that will not comply with the mandates, and state representatives can send the same message to Biden by creating safe havens for free people. We need to continue to make it clear that we will not comply.

THE GREAT REPLACEMENT: OVER 50,000 MORE HAITIANS ON WAY TO TEXAS