The Lord of “Vaccines” and the “Health Terrorist Ideology”. Where Do You Think this Is Going? Get Off that Crazy Train 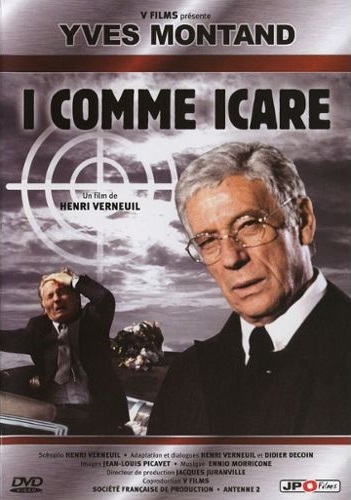 I am not a practitioner, in the usual sense of the word, of a religion or an esoteric current.

On the other hand, I have read a lot, studied, reflected, curious about everything, open to everything.

I don’t exclude anything, I go everywhere, especially if an authority tells me, without any other argument than his “authority”, not to go there.

Thanks to this quality (considered a danger by some), I continue to learn, tirelessly.

As an “orthodox” doctor from a Belgian university and a classical curriculum, I have long followed the marked path, walked in the right direction and crossed when the light turns green, almost always.

Curiosity, an incurable flaw in me, has led me on the side roads, where you meet people, tread on soil, unearth treasures qualified by those who mark the roads and crosswalks, corrupt sources (modern expression: “fake news”), untrustworthy teachers.

Check for yourself, all the heads or deputy heads of the governments that applied the roadmap in 2020, the plan established by the cartel of true gurus, have been Young Global Leaders of the “Great Reset World Economic Forum Cult”.

No, I am not a guru, no more or less than Bill Gates or Tedros Adhanom Ghebreyesus (head of the World Health Organization) who, however, without being a healer or a doctor, are dragging the world into their health terrorist ideology.

On the other hand, yes, I have been a doctor for 25 years, an anesthesiologist for 17 years (someone who puts people to sleep and wakes them up, puts them to sleep to avoid suffering and wakes them up to give them back their autonomy).

With my curiosity, my learning and my openness to everything that can help humanity, without taboos or censorship, I say to all humanity to stop this race to death.

Get off the crazy train.

I know, it is scary, it can hurt, and at the same time, as long as you feel the pain, you are alive.

Take back your physical and intellectual autonomy and protect your children.

These Young Global leaders who have become “Leaders” (gurus) do not want to do you any good.

Under the cover of these lethal injections (immediately or remotely by sterilization), so many Trojan horses of death in your body, in your mind and in your soul, they make you believe that they want to save you.

They don’t. It’s convincing, well presented, but it’s not true.

If they wanted to save you, they would have told you a long time ago to move more, to eat better (really, not diet products that poison you as much as “heavy” products, Reassessing the risks of aspartame. New experimental and epidemiological data), to manage your stress on a daily basis, to take care of your microbiota, to take food supplements, some of them all year round in a country like Belgium (vitamin D).

“A tyrant needs above all a tyrant-state, so he will use a million little civil servant tyrants who each have a trivial task to perform, and each will perform that task competently, and without remorse, and no one will realize that he is the millionth link in the final act.

Some will arrest the victims, they will have committed only simple arrests, others will lead these victims to camps. They will have only done their job as locomotive engineers, and the prison director opening his doors will have only done his duty as a prison director. Of course the bosses use the cruelest individuals in the final violence, but at every link in the chain, obedience has been made comfortable.” © Henri Verneuil, I comme Icare, 1979.  (emphasis added)

Does this remind you of anything?

Encouraged denunciation, violence on defenseless citizens trivialized, even justified, citizens excluded from hospitals for the only “crime” of not “yet” being injected with an experimental product, that salesman in a household appliance store who orders you to put on your mask properly, the bar owner transformed into both a policeman and a doctor since you must now show him your health condition.

Where do you think this is going?

Saying it now, which is considered shocking by the same people who tell you that everything is fine, is the only chance to avoid crossing the threshold beyond which all hope of avoiding the repetition of history will be definitively lost.

Who is Pfizer to be so “powerful” in the end?

Despite the total number of deaths due to vaccination, even this official figure of 15,937 deaths from the United States’ Vaccine Adverse Event Reporting System (VAERS)-period from December 14, 2020 to September 24, 2021)-which is known to be greatly underestimated, Pfizer, with its heavily loaded criminal record, continues, remains in the running (Pfizer’s criminal record and its killer “vaccine” (reseauinternational.net)

The “vaccine poison” imposed at the level of the entire planet is produced by a pharmaceutical company which was indicted by the US Department of Justice (2009) on charges of “fraudulent marketing”.

Pfizer is now attacking pregnant women throughout their pregnancy, women who have given birth despite 1444 declared miscarriages (in reality much more) or premature, malformed births.

Some women put pressure on themselves to resist, to call for help or to alert (“The hand on the cradle”, Big Pharma extends its injections to pregnant women and children – Les Maîtres du Monde – Sott.net) but it is Pfizer’s pressure that systematically wins.

So, logically, since we let them do it, Pfizer is attacking children from 5 to 11 years old, with an emergency request for authorization for their toxic product, while 21 young people from 12 to 17 years old have recently died in the United States.

The only thing new in their lives? Having accepted Pfizer’s toxic product.

Seriously, do we need to do autopsies to convince you?

When almost no one under the age of 30, unless they had a prior debilitating illness, died from COVID-19 or had any serious form.

Who is Big Pharma?

Behind these companies are people, names, authorized officials.

From now on, let’s mention these names that serve the System, called Sauron in the Lord of the Rings.

We could call the current System, the Lord of the ‘vaccines’, with Sauron at its head, Balrogs at its service, zealous servants, useful ‘idiots’ (cf. I for Icarus), traitors (Saruman), people who watch and others who wait.

The analogy is realistic.

They unknowingly activate concepts deeply embedded in our individual and collective unconscious: the archetypes dear to Carl Jung.

Despite the evidence, the increasingly solid proofs and the increasingly convincing testimonies, the ‘vaccines’, even before Covid, are not the benefactors of humanity (Enquête Choc – Les vaccins ont-ils vraiment sauvé l’humanité ? – Health and Wellness – Sott.net), but it takes time to pull an archetype from its golden pedestal.

Today, the concept of ‘vaccine’ used as a Trojan horse, allows a firm with a criminal record, hit with the biggest federal fine in the history of the United States, associated with BioNTech, and other equally disreputable firms to drag part of humanity that bothers them (you and me) towards an extinction that will owe nothing to chance, with the complicity of swindlers with white teeth, dressed in design suits.

Others go because they feel guilty for being alive: criminal gurus have succeeded in making them believe that they are the ones responsible for climate change, racism against people of color (white is a color), terrorism, inequalities, crises and today, pandemics.

Some, the worst, go there knowingly, either to scratch some advantage or to shine like a light of Udûn*.

Be careful with words. Do not use the words of the Enemy.

Ban the word that starts with v and ends with ne! And words like ‘mandatory’, ‘containment’, ‘mask’, ‘hand washing’, ‘social distancing’… their words, their expressions used on purpose to wrap their poisons in a powerful and saving archetypal concept (perceived as such by the majority of humanity), to better make them accepted by a population more and more “hypnotized” through fear, repetition, confusion and pattern breaks (tools used to unknowingly put a person in hypnosis, a state of consciousness characterized by hypersuggestibility, an exaggerated sensitivity to influence).

Use the actual words for what these things really are:

The most important thing is to have understood why these semantic considerations are crucial in our fight against the current transgenic ideology.

I am specifically addressing all those who have understood, who have opened their eyes to all this today.

In this particularly dark passage of the first part of the Lord of the Rings (“The Fellowship of the Ring”), in the Moria, the cellars of Khazad-dûm, the spectator-reader sees two fires confronting each other.

What a fabulous message of hope to all the planet still free and alive.

Udûn will not pass, thanks to each of you, small and big flames of Anor.

Que veut dire Gandalf par « Feu secret », « Flamme d’Anor » et « Flamme d’Udûn » ? (askfrance.me) Anor is a name for the Sun in Middle-earth, while Udûn (which translates as Hell) is the name of one of the first lairs of Morgoth, the Master of Sauron. “I have the power of good on my side, you have the power of evil’.

He has been working in hospitals since then, in intensive care, with a 2.5 year stint in a burn center (Queen Astrid Military Hospital HMRA in Brussels) between 2009 and 2011. Since 2011, he works in a medical-surgical intensive care center in Charleroi, Belgium. He is trained in hypnotherapy in medical settings since 2014 and as such, he is responsible for stress management trainings for his hospital staff.

He is a Research Associate of the Centre for Research on Globalization (CRG).

Featured Image: Photo from the movie: Lord of the Rings: Fellowship of the Ring

All Globalization.ca and Global Research articles are now available in 27 languages by activating the website’s translation menu in the top banner of our homepage (desktop version).

The original source of this article is Mondialisation.ca
Copyright © Dr. Pascal Sacré, Globalization.ca, 2021