Kristian Andersen, a virologist at California’s Scripps Research Institute who emailed Dr. Anthony Fauci in January 2020 to raise the possibility that the coronavirus may have been engineered, has deactivated his Twitter account.

Andersen’s email to Fauci appeared in a trove of documents obtained last week following a Freedom of Information Act request. The email in question, sent on Jan. 31, 2020, pointed to a report in Science magazine about the global race to share “full sequences of the virus from patients” in order to understand the origins of the virus and learn how it “fits on the family tree of related viruses found in bats and other species.”

Andersen was quoted in the article, in which he talked about the difficulties scientists face in trying to determine natural hosts.

Andersen wrote to Fauci about the new virus.

“The unusual features of the virus make up a really small part of the genome (<0.1%) so one has to look really closely at all the sequences to see that some of the features (potentially) look engineered,” he wrote.

He wrote that his team was in the early stages of looking critically at the data but found “the genome inconsistent with expectations from evolutionary theory. But we have to look at this much more closely and there are still further analyses to be done, so those options could still change.”

Andersen did not respond to emails from Fox News about his email to Fauci, or about his Twitter account. A spokeswoman from Twitter said, “The account was deactivated by the user. No action was taken on Twitter’s part.” 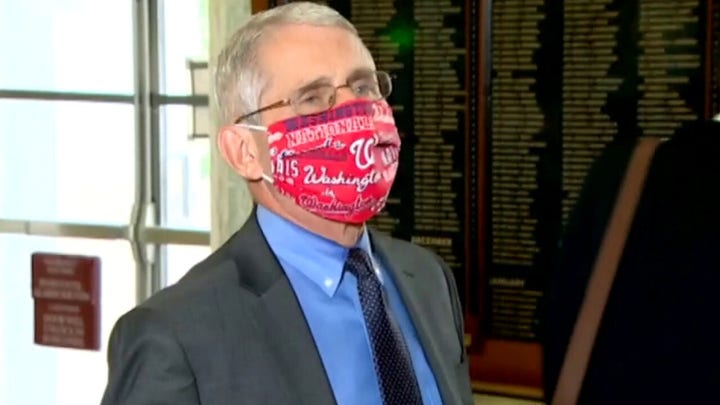 In May, Andersen was mentioned in a New York Times article about a group of scientists calling for more information on the origins of the virus. The paper reported that Andersen has been a strong “proponent of the overwhelming likelihood of a natural origin.”

Shortly after the email to Fauci, Andersen joined a group of scientists that wrote, “We do not believe any type of laboratory-based scenario is plausible,” the Times reported.

Andersen, after the email was made public last week, retweeted a post that said he told Fauci that the team “planned to analyze coronavirus genomes to see if SARS-CoV-2 was naturally evolved or engineered.”

“They thought perhaps the latter,” Dr. Amy Maxmen, a reporter for Nature, tweeted. “But after looking at the evidence, they changed their minds.”

Maxmen pointed out in a later tweet that “science is a process” and warned against taking these emails out of context. She wrote that people “who willfully ignore that in this novel pandemic have ulterior motives.”

Thousands of pages of Fauci’s emails were released last week as much of the world takes a new focus on the origins of the virus. President Biden ordered U.S. intelligence officials to “redouble” their efforts to investigate the origins of the pandemic, including any possibility the trail might lead to a Chinese lab.

Fauci gave a wide-ranging interview that was published last week that focused on the origins of the coronavirus, and he was asked if he believed his own NIAID could have any responsibility for the global pandemic.

“Are you really saying that we are implicated because we gave a multibillion-dollar institution $120,000 a year for bat surveillance?” he asked, according to the Financial Times.