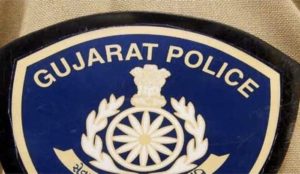 Vadodara: In another incident of what is popularly called ‘Love Jihad’, a 20-year-old man Amanatullah alias Raja Mansur Alam, a mechanic by profession was held in Vadodara on Tuesday for allegedly raping a 15-year-old Hindu girl for over three months before abducting her on June 2 on the pretext of marriage, police said.

The accused has been booked for kidnapping and inducing a woman to compel her marriage (363, 366), committing rape repeatedly on the same woman [376(2)(n)] and raping a woman under 16 years of age [376 (3)] as well as the relevant sections of The Protection Of Children from Sexual Offences (POCSO) Act.

The accused, a labourer, hails from Darbhanga in Bihar. He had promised to marry the minor girl, student of class 10 and resident of Chhani area and raped her on multiple occasions, police said.

“He first raped victim girl in March this year. Later he took her to various locations and forced her into physical relationship. On June 2, he came to the girl’s house and forcibly took her away from her parents,” said police….