How did America become Ruled by its Military-industrial complex?

USA: The U.S. Government spends on its military, annually, in not just its ‘Defense’ Department, but all of its departments taken together, around $1.5 trillion dollars.  (Much of that money is hidden in the Treasury Department and others, in order to convey to the public the false idea that ‘only’ around 800 billion dollars annually is now being spent for the U.S. military.)

On 25 April 2022, the Stockholm Internal Peace Research Foundation (SIPRI) headlined “World military expenditure passes $2 trillion for first time”, and reported that, “US military spending amounted to $801 billion in 2021, a drop of 1.4 per cent from 2020. The US military burden decreased slightly from 3.7 per cent of GDP in 2020 to 3.5 per cent in 2021.” However, they did not include the full U.S. figure, but only the portions of it that are being paid out by the U.S. ‘Defense’ Department. Consequently, a more realistic global total would have been around $2.8 trillion, which is around twice the approximately $1.5T U.S. annual military expenditure. All of the world’s other 172 calculated countries, together, had spent an amount approximately equivalent to that. 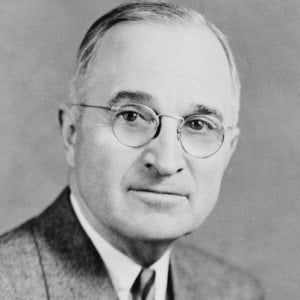 Prior to the creation by U.S. President Harry S. Truman of the U.S. ‘Defense’ Department, on 18 September 1947, replacing the U.S. War Department that had been created on 7 August 1789 by America’s Founders (shortly after the U.S. Constitution had become effective on 4 March 1789), the U.S. was a democracy — however flawed, but a real one, nevertheless.

The U.S. actually began its transformation into a dictatorship (serving the owners of the military corporations and of their extraction-corporate dependencies such as Chevron) when, on 25 July 1945, Truman decided that if the U.S. wouldn’t conquer the Soviet Union, then the Soviet Union would conquer the U.S., and, so, he started the Cold War, on that date, determined that his top priority as the U.S. President, would be to place the U.S. Government onto a virtually permanent war-footing, even though World War II against imperialistic fascisms (the “Axis” powers) was just about to end at that time, and would clearly be a victory for the U.S. allies — mainly, the Soviet Union, and the UK empire.

Truman, very much unlike his immediate predecessor, FDR, who had been a passionately committed anti-imperialist, had previously been on the fence about empires; but, going forward after that date, he would be totally committed to making the entire world into the first-ever single global empire, which would be in control over the entire planet by the U.S. Government and shared only by its ‘allies’ (vassal nations).

That was Truman’s American dream, and it contrasted starkly against FDR’s dream of a future United Nations that would possess a global monopoly on all strategic weaponry and serve as a democratic global federal republic of all nations, each of which nation would have its own legal system for internal affairs, but all of which nations would be subject to the sole authority of the United Nations regarding all international matters. Truman despised FDR and got rid of FDR’s entire Cabinet and close advisors, within less than two years. Truman enormously admired General Dwight Eisenhower, whose advice to him had clinched in Truman’s mind on 25 July 1945 that Winston Churchill was right that if the U.S. would not conquer the Soviet Union, then the Soviet Union would conquer the United States.

(Eisenhower, at the very end of his own Presidency, warned Americans against the military-industrial complex that Truman and he himself had jointly created. He was one of history’s slickest liars, and wanted history to remember him as having been a man of peace. He was actually just as much of an imperialist as Truman had been.) And that decision, by Truman, on that date, is what placed the U.S. Government inexorably onto the path toward future rule by a military-industrial complex that would rape the U.S. Constitution — undo the most important achievement of America’s Founders. 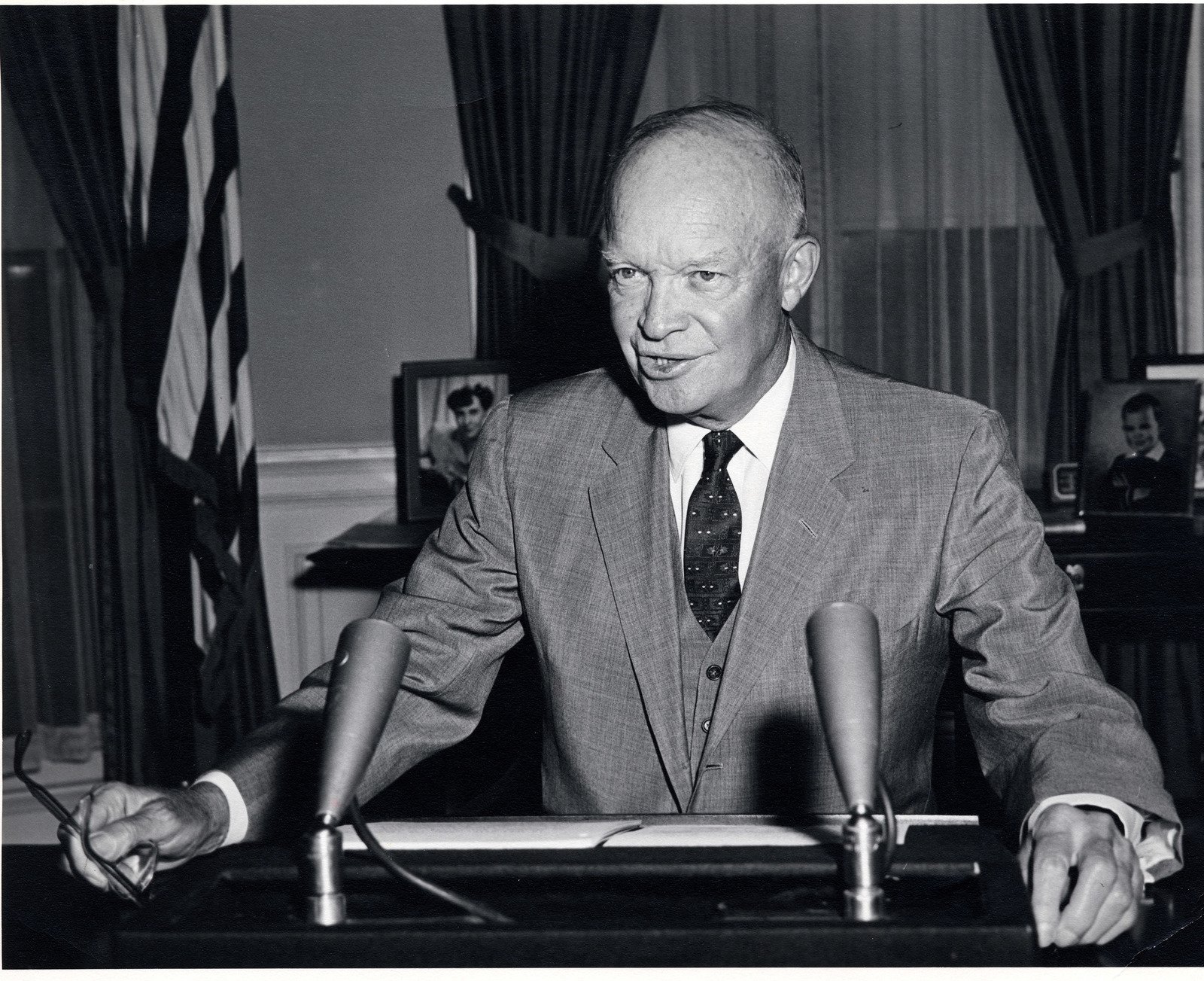 The U.S. Constitution had been written by people who loathed the very concept of “standing armies” — any permanent-war government. They had rebelled against an empire, and condemned all empires. This is the reason why they did everything within their power to design a Government that would prohibit any such thing here. And their Government, designed in this way, served the nation well throughout the years from 1789-1947, after which their Constitution gradually became practically abandoned.

“Upon reading the Joint Strategic Survey Committee’s statement on the above subject (J.C.S. 1477/5), I obtained a somewhat unfavorable over-all impression. While most of the specific statements made seem reasonable, the over-all tone seems to depreciate the importance of of the development of atomic weapons and to insist unnecessarily strongly that the conventional armed services will not be eliminated. While I agree entirely, so far as the immediate future is concerned, with the latter concept, I have not felt that there is strong public demand at the present that the services be in fact eliminated. The general tone of the statement might therefore be misconstrued by Congress and the public, and be looked upon as an indication of reactionism on the part of the military and an unwillingness under any circumstances to reduce the size of the military establishment.”

That was at a time when the widespread American assumption was that there would have no standing army in this country. Within less than two years of FDR’s death on 12 April 1945, such a permanent-war U.S. Government became officially created. FDR’s plan for a U.N. that would internationally outlaw all empires became replaced by Truman’s plan for an America that would itself become what Hitler, himself, had only aspired to create: the world’s very first all-encompassing global empire. Truman’s dream is today’s American dream, in today’s Washington DC; and here was how the Nobel Peace-Prize-winning U.S. President, Barack Obama (the other of history’s slickest liars), stated it to graduating West Point cadets, on 28 May 2014:

The United States is and remains the one indispensable nation. That has been true for the century passed and it will be true for the century to come. … Russia’s aggression toward former Soviet states unnerves capitals in Europe, while China’s economic rise and military reach worries its neighbors. From Brazil to India, rising middle classes compete with us, and governments seek a greater say in global forums. … It will be your generation’s task to respond to this new world.

It’s endlessly onward and upward, for the U.S. All other nations are “dispensable.” And that objective is backed-up now, by half of the world’s military expenditures.

This is how it happened. It happened by deceit, at every step of the way.

Fauci’s $478,188 Experiment to Turn Monkeys Transgender — and Other Ways the Government Wastes Your Money