Department of Veterans Affairs becomes the first federal agency to issue vaccine mandate: 115,000 frontline workers have eight weeks to get the shot or face getting FIRED

The Department of Veterans Affairs (VA) on Monday become the first federal agency to require its frontline health care workers to be vaccinated.

‘Yes. Veteran Affairs is going to in fact require that all docs working in facilities are going to have to be vaccinated,’ Biden said, following a report quoting his Veterans Affairs secretary regarding health care workers at the VA.

Following the action, 115,000 staffers will have two months to get inoculated against the coronavirus, and face being fired if they do not oblige.

The move comes after the American Medical Association, the American Nurses Association and dozens of other medical groups joined in a statement calling for mandatory vaccinations for health workers amid the spike in the Delta variant and rising infections in states with low vaccination rates.

‘We call for all health care and long-term care employers to require their employees to be vaccinated against covid-19,’ they wrote. ‘The health and safety of U.S. workers, families, communities, and the nation depends on it.’

Biden confirmed that ‘all docs’ at the VA would be asked to get the shot ahead of his meeting with the Iraqi Prime Minister Mustafa Al-Kadhimi in the Oval Office – although the policy would in fact be more expansive within the VA.

Denis McDonough, the secretary of veterans affairs, told the New York Times: ‘I am doing this because it’s the best way to keep our veterans safe, full stop.

McDonough, who served as White House chief of staff in the Obama administration, added that the mandates would apply to the employees who have the most contact with patients. 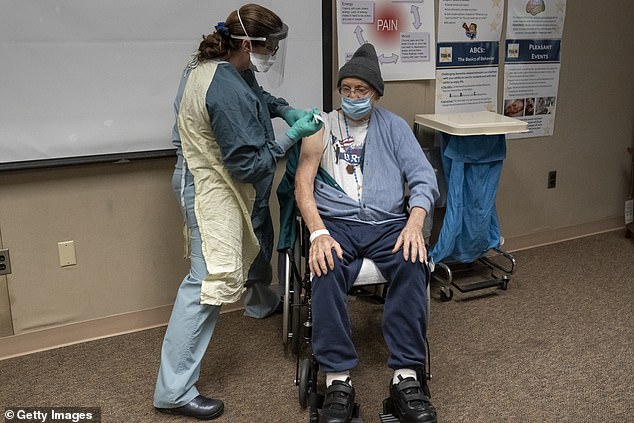 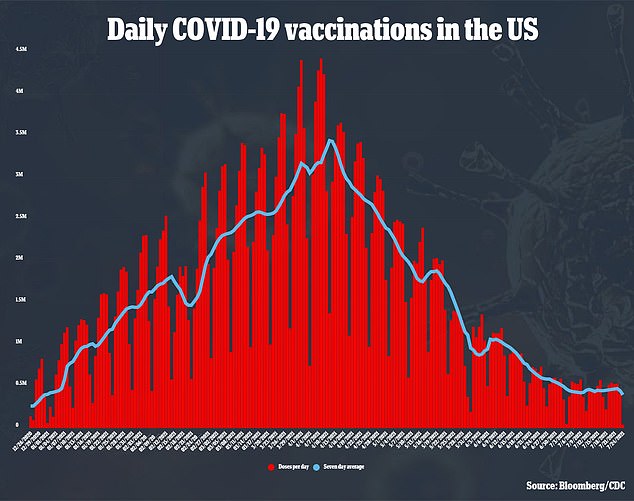 ‘It’s the best way to keep Veterans safe, especially as the Delta variant spreads across the country,’ McDonough said in a statement. ‘Whenever a Veteran or VA employee sets foot in a VA facility, they deserve to know that we have done everything in our power to protect them from COVID-19. With this mandate, we can once again make – and keep – that fundamental promise.’

The Biden administration has so far been unwilling to back federal vaccine mandates, and has insisted it is up to private companies.

The move came after White House press secretary Jen Psaki said the White House ‘supports the steps of hospitals’ to require staff to get vaccinated, saying it ‘could be a guide for us on what to do with our own workforce here from the federal government.’

She cited the role of experts at the Centers for Disease Control, then said ‘there are decisions by institutions, by localities, by hospital systems, who may make decisions about how they can protect their workforces. We certainly support that.’

The president could legally compel members of the military to get the shot, but has so far declined to issue the order. 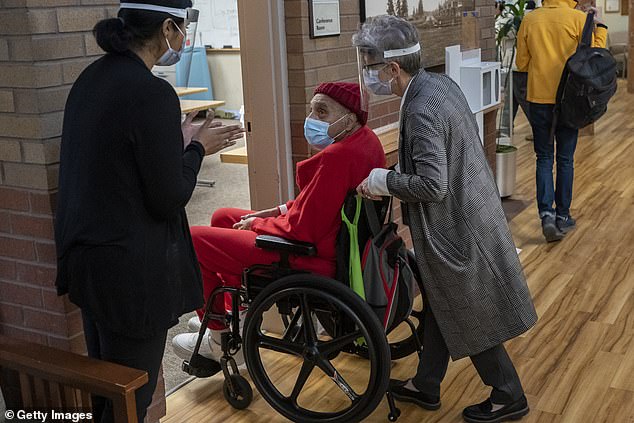 The military has battled with low inoculation in their ranks, but are unable to force anyone until the vaccines are fully approved by the FDA.

But there are more concerns over the spread of the Delta variant that has caused a surge in cases across the US.

On Monday, New York Mayor Bill de Blasio announced all city employees would have to be vaccinated.

California also announced that all state workers would have to have the shot if they wanted to return to work.