USA: A South Dakota Congressman is demanding Bill Gates be brought before a committee to explain why he is purchasing vast amounts of farmland in the United States while telling Americans to stop eating meat.

As we highlighted earlier this month, Gates, who already owns close to 270,000 acres of land in the U.S., has been granted the legal authority to buy another 2100 acres in North Dakota despite protests by local residents.

Gates is circumventing a 1932 anti-corporate farm ownership law by pledging to lease the land back to farmers after the purchase is complete.

“It has become clear in recent reports that Mr. Gates is the largest private farmland owner in America – he now owns nearly 270,000 acres of farmland across 19 states. Comparatively, the average farm size in 2021 was 445 acres, according to the United States Department of Agriculture’s Economic Research Service. I believe that Mr. Gates’ holdings across much of our nation is a significant portion that the Committee should not ignore,” Johnson wrote in a letter addressed to committee chairman David Scott.

He also took to Twitter to ask how Gates buying huge quantities of farmland was consistent with him telling Americans not to eat meat.

“Bill Gates is the largest owner of US farmland. I’m curious what’s planned for this incredibly productive ag land given that he believes developed countries like America “shouldn’t eat any red meat.” How are his land purchases related to those aspirations?” asked Johnson.

Bill Gates is the largest owner of US farmland. I’m curious what’s planned for this incredibly productive ag land given that he believes developed countries like America “shouldn’t eat any red meat.” How are his land purchases related to those aspirations? https://t.co/16CxSZB6D4

The Congressman also highlighted the meat issue in his letter.

“The Committee should be interested in Mr. Gates’ ownership and plans for his acreage, as he has been a leading voice in the push for ‘synthetic meat’. In 2021, Mr. Gates was quoted to say ‘all rich countries should move to 100 percent synthetic beef’ to combat climate change,” wrote Johnson.

In an interview with Fox News, Johnson also demanded to know what plans Gates had for the farmland.

Asserting that “ownership of farmland matters, a lot,” Johnson noted how, “no one has been buying it up faster than Bill Gates.” 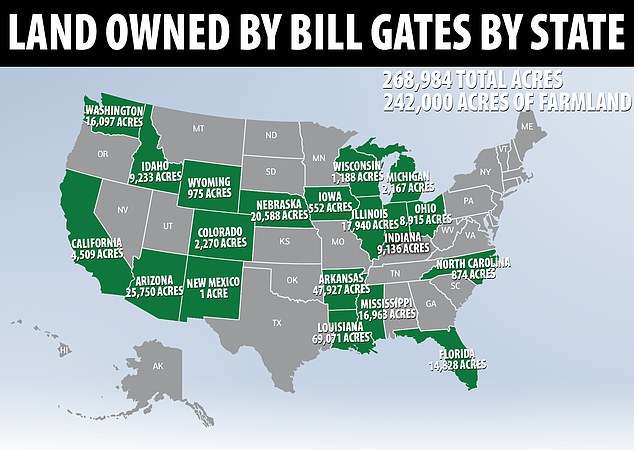 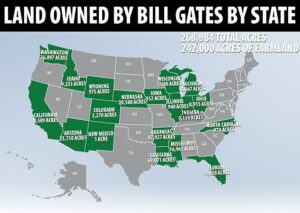 The billionaire is buying vast amounts of farmland at the same time as his friends at Davos are telling Americans, “You’ll own nothing and be happy.”

The land purchases are also happening at a time when farmers across Europe are being paid not to farm and are being put out of business by onerous net zero emissions targets pushed by globalist technocrats and bedfellows of Gates.