UK: Nearly a year after the conclusion of the trade agreement between the European Union and the United Kingdom, Statista’s Martin Armstrong reports that the issue of fishing remains a major source of tension between London and Paris. In conflict with its British neighbor over the number of fishing licenses granted to boats, France has tightened its controls in the English Channel and is threatening the UK with retaliatory measures.

The post-Brexit fisheries agreement provided for a transition period until the summer of 2026, when European fishermen are expected to give up 25% of their catches in UK waters, as recalled by L’Express. In the meantime, EU fishermen will retain access to certain areas off the British coast, but must demonstrate to the British authorities that they were already fishing in these areas during the reference period 2012-2016 in order to obtain a license. It is this point in particular that is fueling tensions. 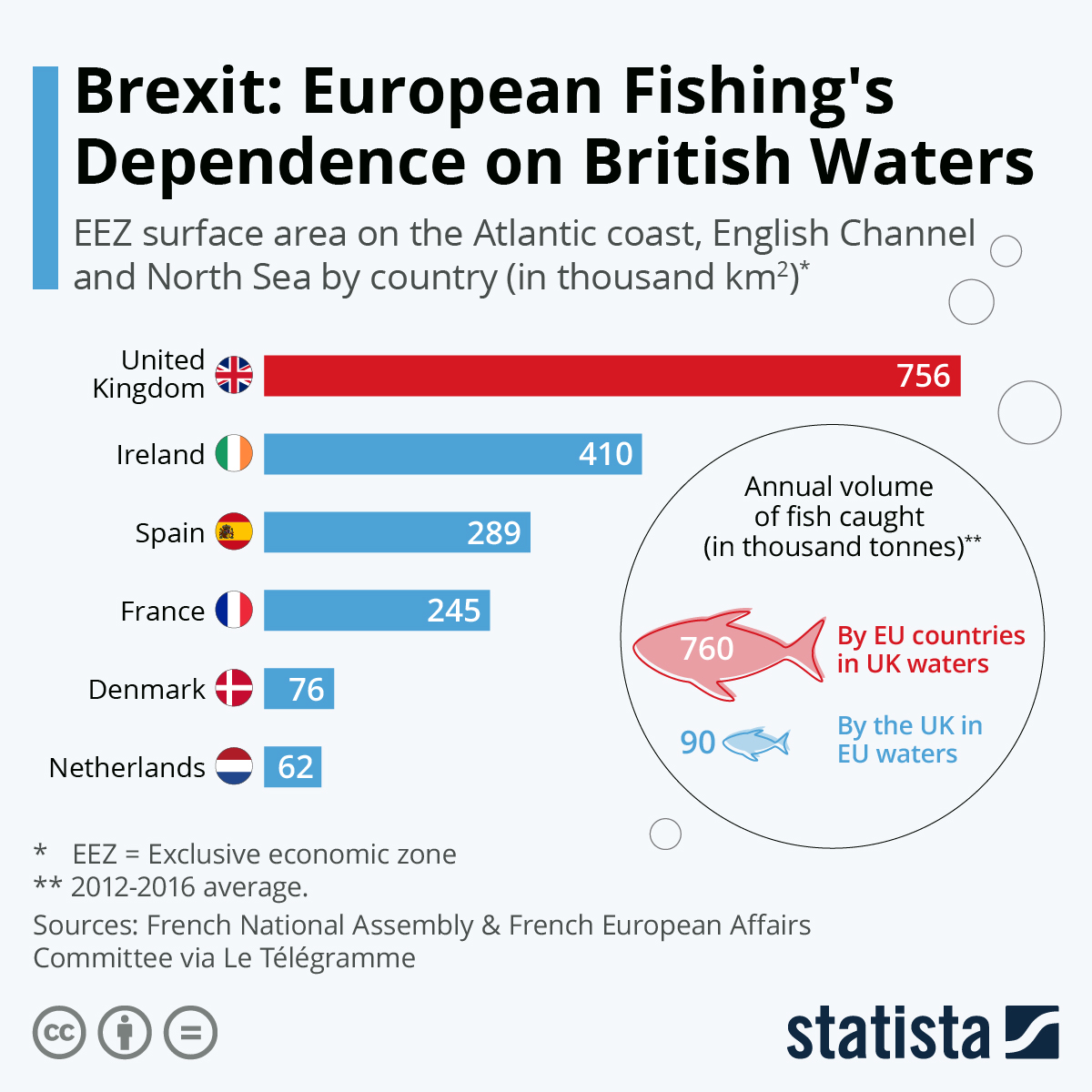 You will find more infographics at Statista

As shown in Statista’s infographic above, which is based on data reported by Le Télégramme, European fishing is very dependent on British waters. Not only does the United Kingdom have the largest fishing zone on the Atlantic/North Sea coast, with an exclusive economic zone of 756 thousand km2 – more than those of France, Ireland, Belgium, the Netherlands and Germany combined – but the waters it covers are also, by far, the most fish-rich.

The average volume of fish caught by EU fishermen in British waters, for example, was 760,000 tons per year before Brexit (between 2012 and 2016), while their British counterparts caught only 90,000 tons in EU waters by comparison, more than eight times less. This imbalance in fishery resources is largely explained by the natural reproductive cycles of fish in the region. Fish are born and raised on the continental coast and in the southern North Sea, before moving out to the colder and deeper waters of the United Kingdom as adults.