Lawyers for Igor Danchenko, the primary source of the notorious and utterly discredited “Trump-Russia|” dossier compiled by former British spy Christopher Steele, have filed a motion to dismiss the charges brought against their client by special counsel John Durham.

In the process, they have revealed another startling and potentially criminal dimension to the FBI’s probe of potential collusion between the campaign of former President Donald Trump and the Kremlin.

Durham charged Danchenko in November 2021 with five counts of lying to the bureau. Four of those relate to statements he made in a February 2017 interview, in which he repeatedly claimed to have met and had conversations with Sergey Millian, a Belarusian-born businessman who claimed ties with the Trump campaign.

Danchenko, and thus Steele, claimed Millian was a key source of the dossier’s most explosive allegations – namely, that there was a “well-developed conspiracy of cooperation” between Trump and the Kremlin, that Russia’s GRU had hacked the Democratic National Convention email server and provided the content for WikiLeaks for the purposes of “plausible deniability,” and the then-Presidential candidate had received a “golden shower” from prostitutes while in Moscow years earlier, which was filmed by Russian intelligence and could be used as “kompromat.” 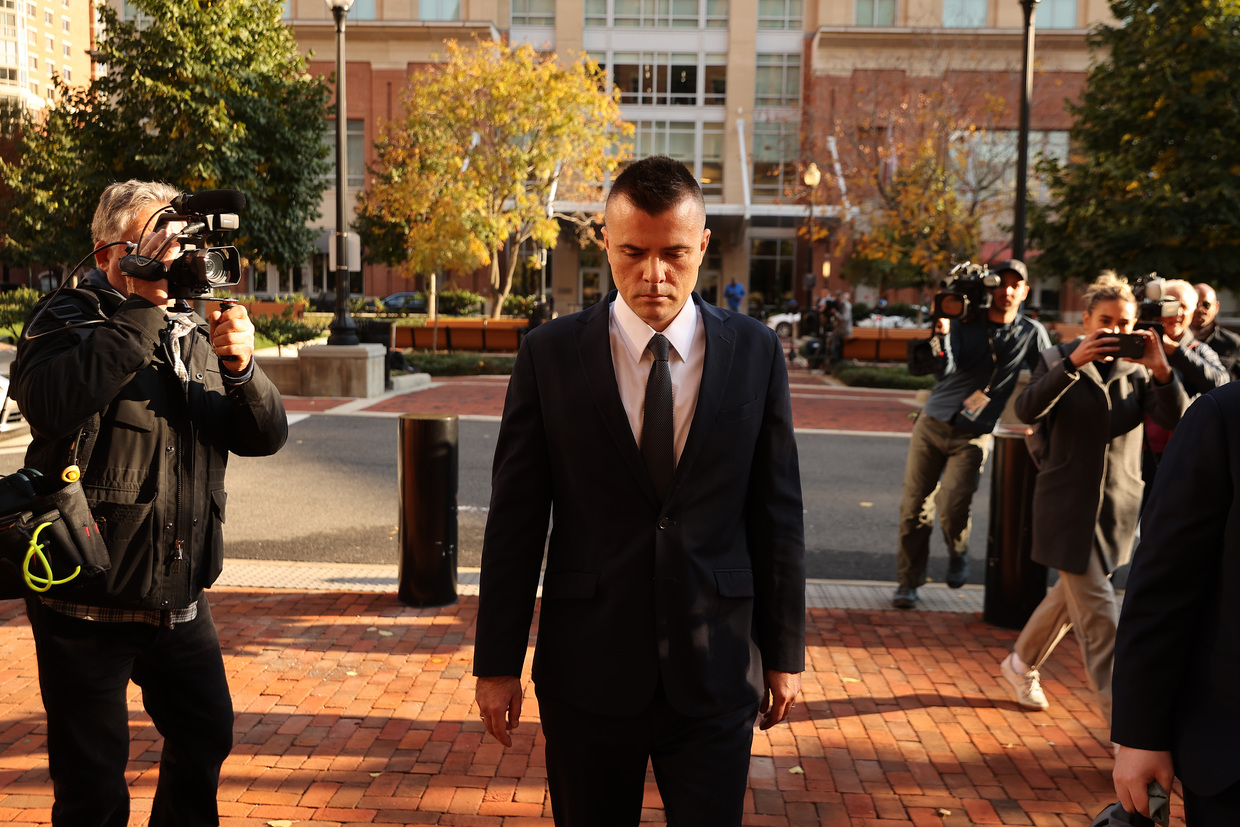 Russian analyst Igor Danchenko arrives at the Albert V. Bryan U.S. Courthouse before being arraigned on November 10, 2021, in Alexandria, Virginia.

In his FBI interview, conducted between February 9 and 12, 2017, Danchenko claimed to have received this incendiary intelligence through telephone conversations and email exchanges with Millian, who also suggested they discuss matters further in person in New York City. However, Durham charges that Danchenko fabricated these calls, repeatedly emailed Millian without response, and was never invited to any meeting anywhere.

The new court filing shows that to buttress these claims, Danchenko provided the Bureau with a synopsis of a mid-August email he sent to Millian, a month prior to his sit-down interview series. Yet, as the filing notes, the communication makes no mention of the phone calls they’d purportedly engaged in previously or the prospect of meeting in person.

Danchenko’s lawyers now argue that this email in fact proves he wasn’t lying about having had direct contact with Millian and made clear they’d never spoken to his interviewers. Problematically for all involved, though, Danchenko, and as a result Steele, both attributed wild charges against the Trump campaign to Millian before this email.

FBI vs the truth

In turn, too, this means the FBI had concrete reasons to believe at least some of the Steele dossier was bogus on January 25, 2017, at the very latest. But the Bureau, undeterred, continued to not only “assess” the dossier’s veracity, but to use it as a justification for further surveillance of Trump’s 2016 presidential campaign adviser Carter Page, and intensifying its investigation of the campaign.

The FBI’s questionable use of the dossier in court submissions to secure FISA warrants against Page is well-known and was a key criticism of a December 2019 Justice Department Inspector General review, which determined the Bureau made 17 errors or omissions in its FISA applications.

Even more damningly though, just two days after Danchenko presented the discrediting email to the FBI, Trump privately met with then-FBI director James Comey, and the President specifically raised the Steele dossier. 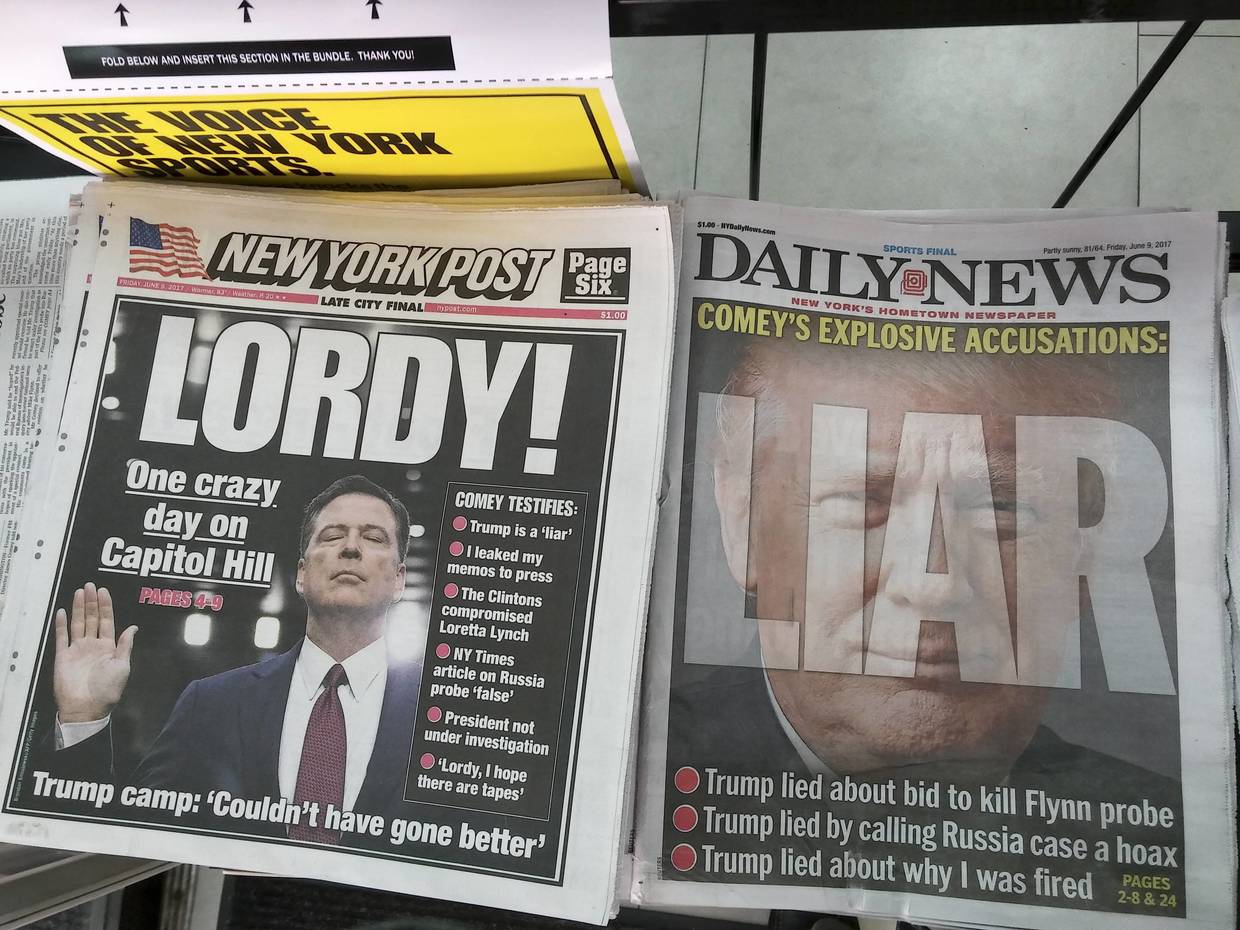 According to Comey’s account of the dinner, as retold in the Mueller report: “the President…stated that he was thinking about ordering the FBI to investigate the [Steele] allegations to prove they were false. Comey responded that the President should think carefully about issuing such an order because it could create a narrative that the FBI was investigating him personally, which was incorrect.”

In other words, Comey played Trump, appealing to his ego and feigning concern for his reputation, when he knew better than anyone bar Steele and Danchenko themselves that the FBI was already investigating the former MI6 operative’s “allegations” and knew them to be meritless. Had he told the truth, perhaps the entire Russiagate fraud would’ve collapsed before it had even properly erupted publicly?

If he’d known, the President may not have been successfully pressured into demonstrating his anti-Russian credentials with an increasingly hostile and belligerent stance towards Moscow, which saw Trump go to dangerous lengths the previous administration had deliberately avoided, such as arming and legitimizing the Neo-Nazi Azov Battalion and shredding vital Cold War arms control treaties, brinksmanship that brought us to where we are today.

In any event, while the filling is in many ways useful confirmation of top-level FBI knowledge of the dossier’s inherent worthlessness at an early stage, it could pose problems for Danchenko’s prosecution.

NATO’s bombing of Yugoslavia: How the illegal US-led attack on the Balkan state changed the course of European history

His conviction hangs on the ability of Durham’s team to prove his lies to the FBI materially influenced its investigation, and it can be easily argued that the Bureau’s evident determination to investigate Trump’s non-existent Russia ties meant no disclosure, true or false, would’ve convinced the agency to stop.

That the FBI was utterly determined irrespective of facts to damage Trump, first as a candidate, then as a leader, has long been clear, yet it has largely faded from public memory. One might argue it’s quite incredible that even the former president’s supporters have not invoked this dubious history in the wake of the Bureau’s raid on Mar-a-Lago, which bears clear hallmarks of being likewise politically motivated.

Evidence of the FBI’s anti-Trump agenda is amply available in black and white – so too the agency’s surging Russophobia. Two of the key Bureau figures central to the Trump-Russia probe, one-time lovers Peter Strzok and Lisa Page, spelled this out both in public testimony and private text messages.

On the latter front, Strzok texted Page in July 2016 – right when the Trump-Russia probe was launched – to declare, “f*** the cheating motherf***ing Russians…bastards…I hate them…I think they’re probably the worst. F***ing conniving cheating savages.” He also pledged that the pair would together “stop” Trump from winning. Page was only slightly less foul-mouthed when she testified to Congress in July 2018:

“It is my opinion that with respect to Western ideals and who it is and what it is we stand for as Americans, Russia poses the most dangerous threat to that way of life.”

Quite why Strzok and Page, along with many other Bureau operatives, haven’t been prosecuted for their role in arguably the biggest US national security scam since the Iraq War isn’t clear.